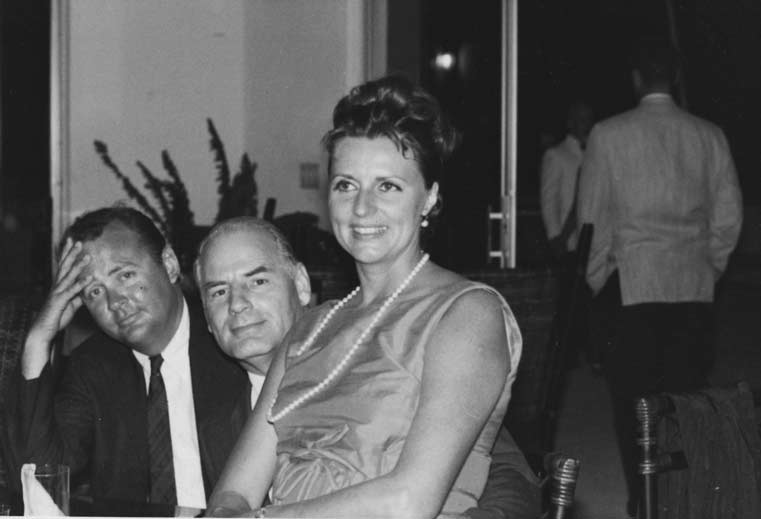 Charter Member of the STYC, Bill Evans, died in Eustis, Florida on June 17, 2015. He was a pioneer and visionary who, with his brother Jim Evans, had the foresight to develop the East end of St. Thomas. He donated land for the creation of the St. Thomas Yacht Club and land for the V.I. Montessori School.

With his wife Helen, he built the Cowpet Bay Tennis Club and started the ﬁrst Junior Tennis Program and held the inaugural VI Open Junior tennis tournament there.

While their children, Tara and Houston, were attending Montessori and the summer programs at the STYC Bill was busy building the Cowpet Bay condominiums, the ﬁrst condos built on St. Thomas (and the ﬁrst legally created condos in the USVI)  as well as the Bolongo Bay Beach Hotel and later the Elysian Hotel.

Bill designed all the home site subdivisions surrounding the Club, such as Deck Point, Water Point and Vessup Bay Estates, land on which many of our members’ homes are located. It is doubtful that without the contributions of Bill and his brother Jim, we would have the St. Thomas Yacht Club. Sadly there are now only three surviving charter members of the original 15: John Foster, Ted Walters, and Chuck Waggoner.