The Commodores Cup was started in 2016 by Commodore Dan Nicolosi. This unique event is a wonderful way for the St. Thomas Yacht Club (STYC) to welcome sailors home for the holidays. With a talented roster of STYC youth sailing alumni on island December 24th is a wonderful time to stop by the club and catch up with old friends, and get involved in some great racing.  The event is modeled after high school and college fleet race events with two fleets. Sailors are randomly assigned to the A and B fleet. A wonderful, casual event is followed by burgers on the beach.

Our college sailors, recent grads, and some not so recent grads join us in Cowpet Bay to do battle against the high school team. Not only does this event provide some wonderful “peer bonding” but give our amazing sailors a chance to perform in the home waters in a fun event.

St. Thomas, U.S. Virgin Islands. Older students mentoring younger ones is an ages old practice. However, the Inaugural Commodore’s Challenge Regatta, held December 24 out of the St. Thomas Yacht Club, was one-of-a-kind. Not only did the high-schoolers on the Antilles School Sailing Team get a chance to compete against the school’s alumni, but these former graduates – all under the age of 30 – represented an unrivaled assembly of three Olympians, six college all-Americans, two college all-academics, Youth Olympians, Pan American Games participants and Central American and Caribbean Games gold medalists.

“It’s really unique here; not a lot of yacht clubs anywhere can put together this level of current and future talent in one event,” says William Bailey, an All-American sailor and 2015 graduate of Boston University. “Between races it was great to sit with the younger kids and talk about sailing. The older guys did it for us years ago and now it’s our turn. Having this new regatta to all get together at one time and in one place made it even more fun.”

Second place finishers were two-time Olympian, four time All American and Yale University graduate, Thomas Barrows, with Yale University freshman, Grace Ann Nicolosi as crew in A division, and Boston College freshman Thomas Walden and with Agustina Barbuto, a bronze medal winner at the 2011 Youth Championships, in B division.

Impressively, it was a team of Antilles high school sailors that rounded out the top three on the podium. In A division was sophomore Teddy Nicolosi with senior Ryan Hunter and in B Division brother Robert Hunter, a junior with crew and fellow junior, Michael Derrickson. This placement certainly shows the future talent of Virgin Islands sailors is as strong as its past.

“What I really liked was getting an idea how college sailing works,” says Ryan Hunter, who has been accepted to Roger Williams University in Providence, Rhode Island. “One small mistake can make a big difference to your finish. It was certainly like that today – really good competition.”

Twenty teams, with 40 sailors total, competed aboard two-man 420 dinghies under sunny skies and in brisk winds blowing 15 to 20 knots.

“I knew everyone would be coming back home,” says Nicolosi, as to how the event began. “We have so many great sailors, I thought it would be a good idea for the alumni and current students to interact, to bond and to create a link between them. It was certainly a success and we look forward to hosting the second annual Commodore’s Challenge Regatta next year.”

NOR - Please Check Back 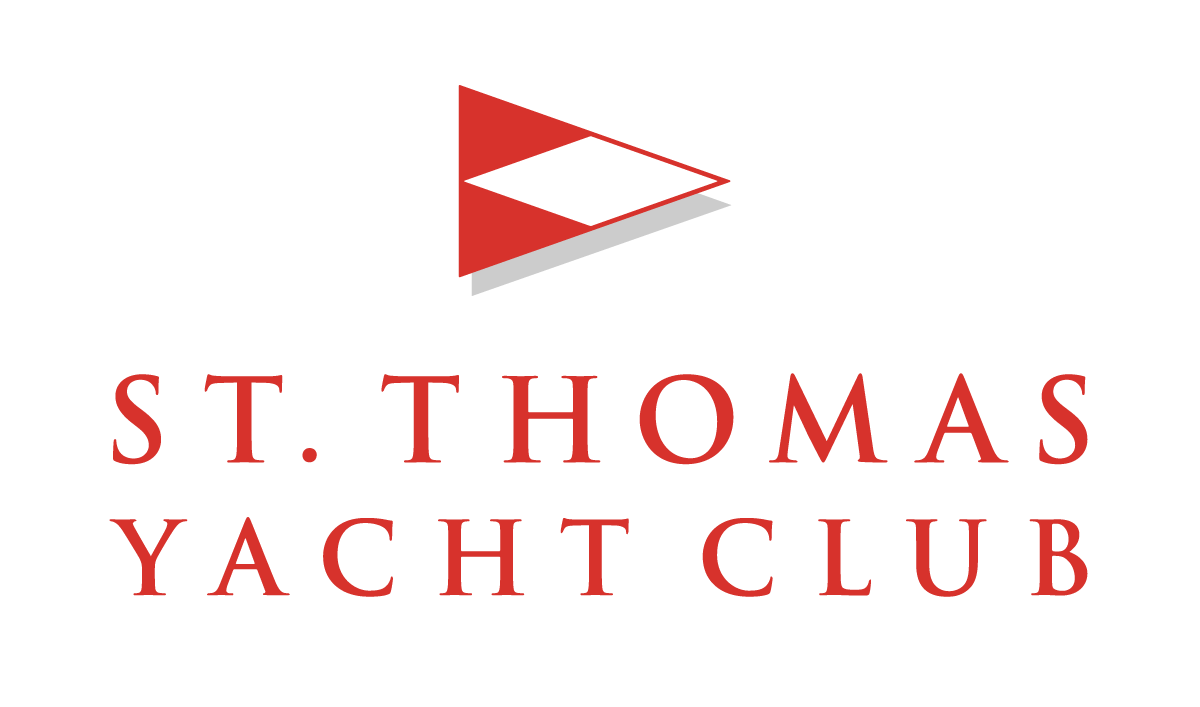 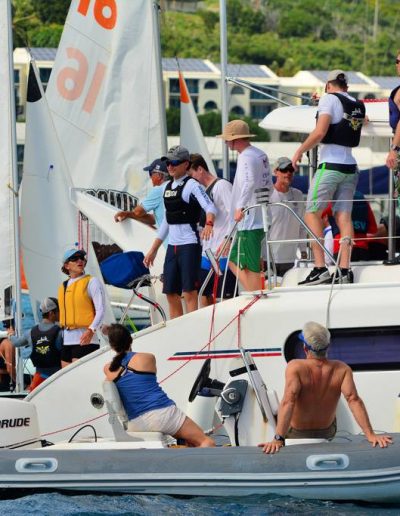 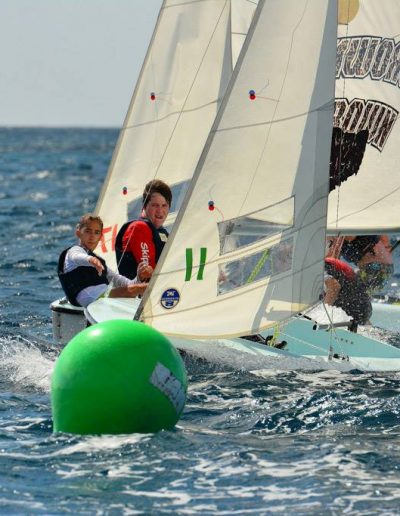 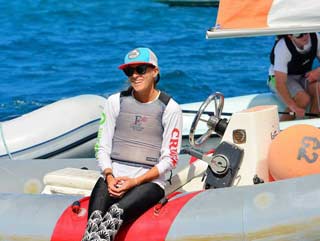 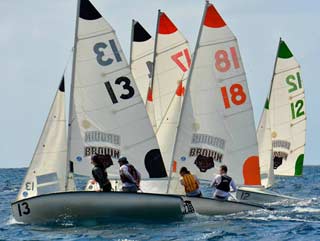 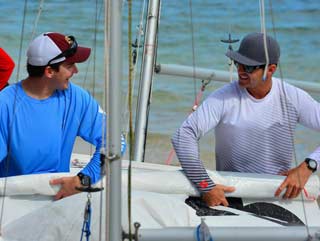 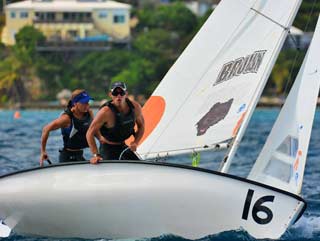