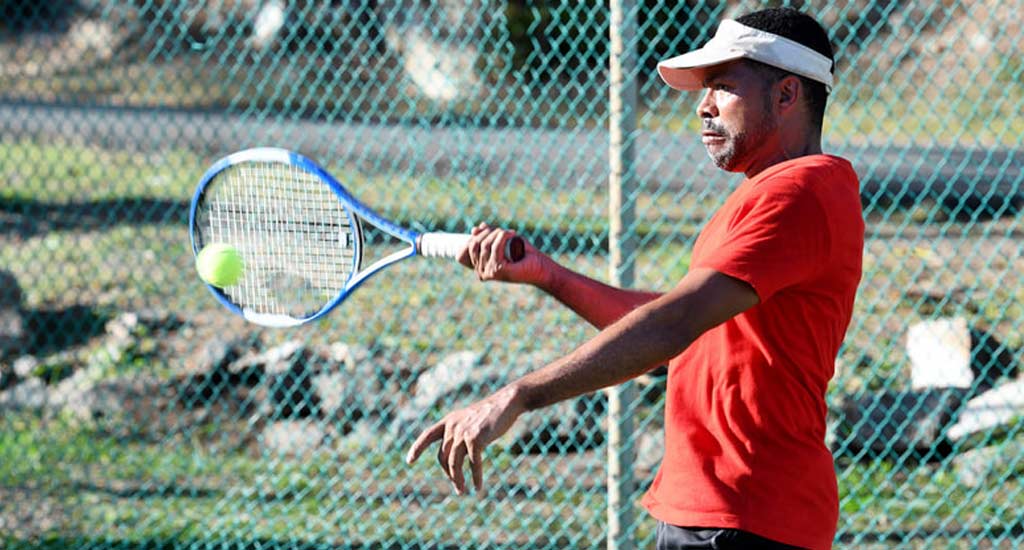 “On behalf of the STYC, we look forward to hosting the 2019 Viya VI Open Tennis
Tournament,” says Jonathan Atkins, STYC tennis pro and tournament co-director.
“During this year, my first here on St Thomas, I have had the opportunity to meet manygreat players from all over the island at both casual mixers and organized clinics. I am excited to see this local talent displayed and welcome both new and returning competitors and spectators to this year’s tournament. I’m happy that we are able to once again offer junior tennis categories, as well as a new new squash tournament, for players on island and beyond.”

“I was absolutely struck by the sense of camaraderie and community last year, my first as a participant,” says tournament co-director, Cate Morris. “We are thankful to Viya for their continued support and fostering of this special event. I encourage everyone who loves tennis, who may want to play in a tournament for the first time or for the 100th time, to register. It is a fun and friendly event with many levels of play, for kids as well as adults. And, for all those adult squash players out there, this year we’ve added some friendly competition on the only squash court in the U.S. Virgin Islands. We look forward to greeting old friends and meeting new ones at this year’s Viya tournament.”

Draw will be closed at 16 for doubles and 32 for singles, so register now. For squash, there will be an adult open double elimination category.
Over $5,000 will be awarded in cash prizes, plus trophies.

The entry fee is $50 per person (pp) for singles and $80 per doubles team in the Open divisions. In the B Divisions, entry is $40 pp for singles, $60 per doubles team. Junior entry is $30 pp. Squash entry is also $30 pp. Fee includes an event-logo microfiber performance shirt and a welcome buffet dinner at the STYC, with special entertainment.

Matches will take place on courts at the STYC, the host location for Semi-Finals and Finals play, as well as at the Anchorage Condominiums. The public is invited to come out and watch the action.

“Viya is excited about sponsoring the premier tennis competition in the U.S. Virgin
Islands,” says Geraldine Pitt, chief executive officer. &quot;Viya is always thrilled to be the presenting sponsor of this prestigious tournament. As the local telecommunications and entertainment provider, Viya proudly supports this event which showcases talented athletes from throughout the region. We are also pleased to play a role in an event that brings visitors to the shores of beautiful St. Thomas, U.S. Virgin Islands. What an amazing backdrop for the event! On behalf of the Viya team, I wish all the competitors the best of luck.” The Viya VI Open Tennis Tournament is sponsored by Viya and the U.S. Virgin Islands Department of Tourism.

About the Sponsor Viya, a subsidiary of Atlantic Tele-Network (NASDAQ:ATNI), is a telecommunications company operating advanced wireless, wireline, and both terrestrial and submarine fiber optic networks in North America and the Caribbean